The 10 awards announced included the RAF Stations Challenge Cup, which recognises the Station that has raised the most money through sporting events, and Outstanding Support from an Organisation, which celebrates those organisations that the Fund receives dedicated support from, year after year. 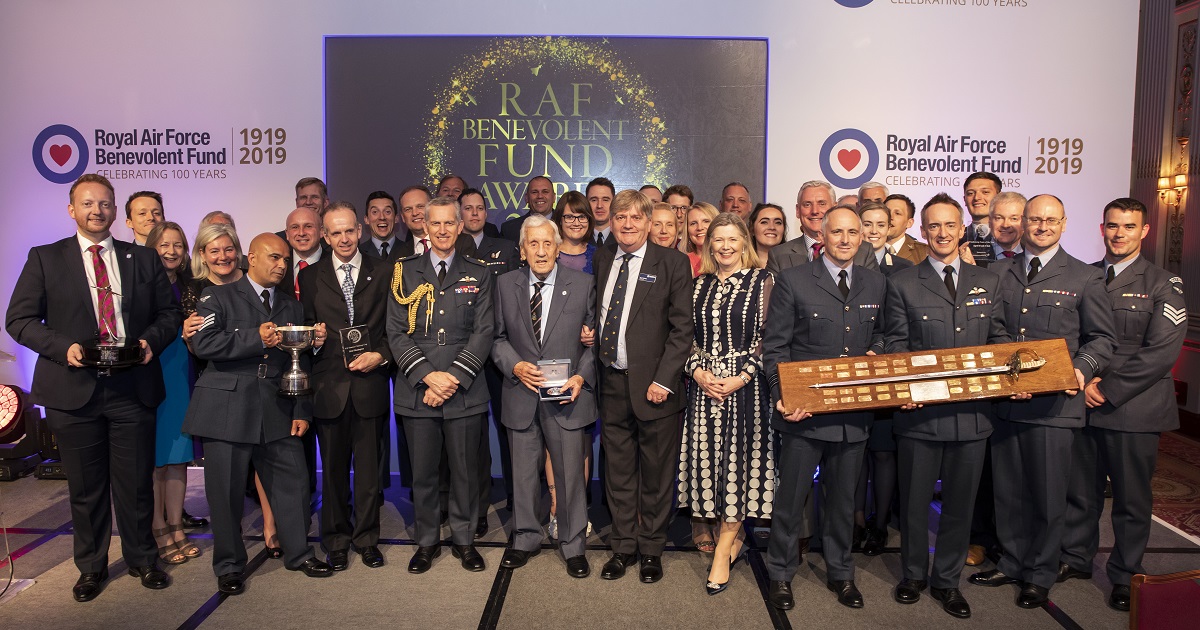 The ceremony was watched by an audience of RAF personnel, including Chief of the Air Staff, Air Chief Marshal Sir Stephen Hillier, and beneficiaries of the RAF’s leading welfare charity.

The most eagerly anticipated award of the night was the RAF Station of the Year, which was won by RAF Odiham. Raising money for the RAF Benevolent Fund is very much part of the Station ethos, and over the last 12 months, RAF Odiham has raised more than £20,000 for the charity.

Air Vice-Marshal David Murray, Chief Executive at the RAF Benevolent Fund, said: "The Fund's annual awards are a fantastic opportunity to celebrate all of our supporters and an event that we look forward to every year.

"Congratulations to each of the winners in the 10 categories revealed tonight, we simple could not do what we do without your support.

"This year, the Fund marks its 100th year of support for the RAF Family. To celebrate this milestone, we are encouraging even more people in need to seek our help. The tireless support of this year’s nominees and winners will go a long way towards helping us achieve this goal.

"The enthusiasm, creativity and generosity we’ve seen throughout the last year is truly inspirational. From all of us here at the Fund – thank you."

Among the award winners was 97-year-old Allan Scott. Allan is an RAF veteran who served in the Second World War as a Spitfire pilot. Originally posted at RAF Biggin Hill, Allan joined the Air Force in 1940 aged 18. He defended the country during the Battle of Britain and was just 19 when he shot his first enemy aircraft down.

Allan has been a long-standing supporter of the RAF Benevolent Fund – despite never being a beneficiary himself. In April 2018, Allan agreed to be the RAF Benevolent Fund's spokesman for the RAF100 celebrations at Biggin Hill. He also became the face of CCM Motorcycle’s RAF100 special edition bike and attended the NEC Bike Show where he gave a talk to show attendees and posed for photos inside the cockpit of a mock-up Spitfire.

On collecting his award, Allan said: "The RAF Benevolent Fund is a wonderful organisation. It offers members of the RAF Family a wide range of support, and I am willing to help out it in any way, shape or form I can. I always have done, and I always will do."

Below is the full list of the awards and the winners of each category.

Now in its seventh year, the RAF Benevolent Fund Awards recognise the outstanding contributions of its supporters, personnel on stations and corporate partners who support the charity each year.

This year the Fund marks its 100th anniversary and to mark the milestone, wer have launched a major campaign  to double the number of people we help.

The Join The Search. Change A Life. campaign encourages the public to get thousands of RAF veterans and their families back on the radar and, if they need it, accessing support that is rightfully theirs.