Phil Hallam and his family have raised £3,000 for the RAF Benevolent Fund in the latest annual football game in memory of his brother, SAC Andrew Hallam. 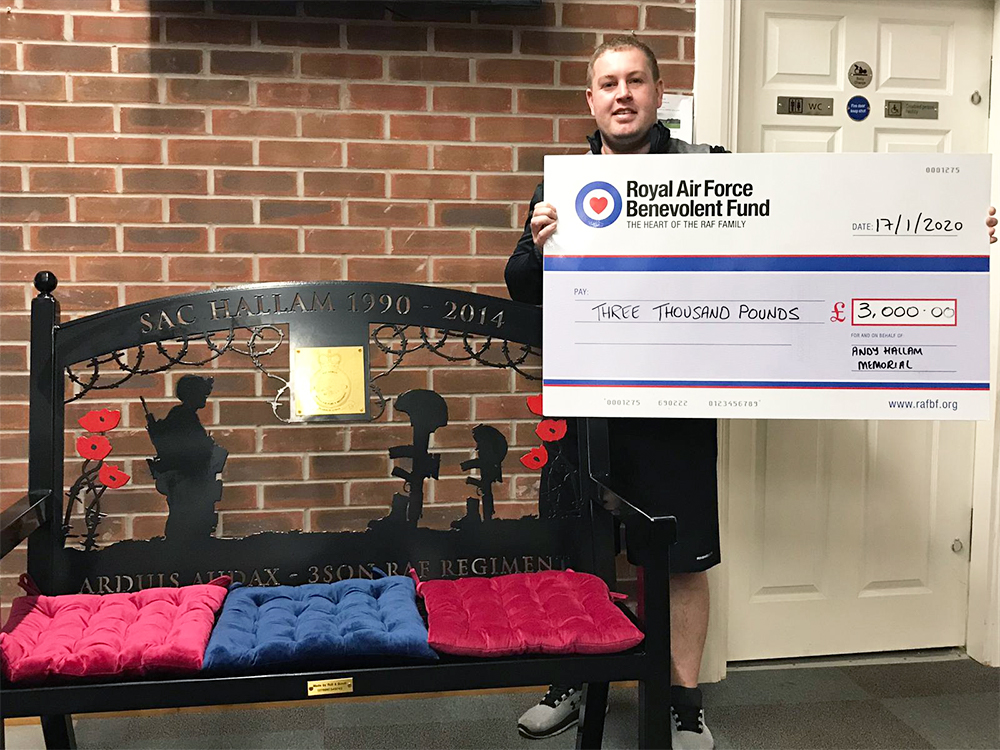 When Phil was just 16, his mother passed away, leaving him and Andy behind. Soon after, Andy decided to pursue his ambition of joining the RAF. Based at RAF Wittering with No. 3 Squadron RAF Regiment, Andy was tragically killed in a road traffic collision in 2014.

Andy’s friends from No. 3 Squadron decided to organise the first memorial football match after he passed away in 2014. The proceeds from the day were given to Phil, who decided to donate them to the RAF Benevolent Fund – Phil and the No. 3 Squadron lads then decided to make the event an annual fundraiser to remember Andy.

With 2019 marking the fifth annual football match organised in memory of Andy, Phil, family and No. 3 Squadron have now raised almost £20,000 in total for the RAF Benevolent Fund.

Phil said: “The RAF Benevolent Fund provided a lot of immediate support to me and my family. I wanted to do my bit so the Fund can support those in situations similar to myself that do require support - whether that is financial, emotional or practical support.”

As well as the football match itself - consisting of a team of Andy’s friends that he served with in the RAF against a team of lads that went to school with Andy - the day includes a bouncy castle, paddling pools and other activities for children throughout the day. There is also a trophy presentation for the winning team, a raffle, and an auction that help raise additional funds.