November 1935 – the moment an iconic aircraft took to the skies for the first time – the Hawker Hurricane.

On November 6, 1935 – a prototype took off, flown by test pilot George Bulman. The Hawker Hurricane went on to see service in every major theatre during the Second World War and hit the German Luftwaffe hardest during the Battle of Britain. 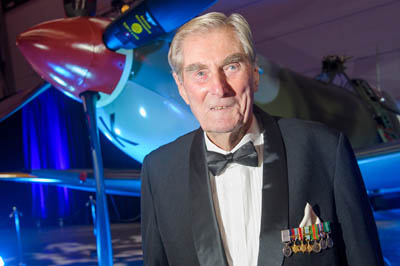 Although not the first operational monoplane in the RAF, that distinction being held by the Avro Anson, the Hurricane was the first monoplane in Fighter Command.  It would go on to be piloted by some of the most famous pilots of the war, including Wing Commander James Nicolson VC and Czech ace Sergeant Josef František. The Air Officer Commanding of Number 11 Group, Air Vice Marshal Sir Keith Park, even kept a personal Hurricane at RAF Uxbridge to fly out and visit the stations under his command during the Battle of Britain.

While its body of tubular steel and Irish linen was already dated at the start of the Battle of Britain in 1940, it was, nevertheless, a robust aircraft. Affordable to manufacture, capable of sustaining some damage and still flying, and easy to repair, it was in demand throughout the war and served in Europe, North Africa, and the Far East theatres.

While the fighter aircraft of today have evolved far beyond anything imaginable 80 years ago, when the prototype Hurricane first took to the skies, we must still salute the humble Hurricanes – and the airmen who flew them – so bravely in the 1930s and 40s.