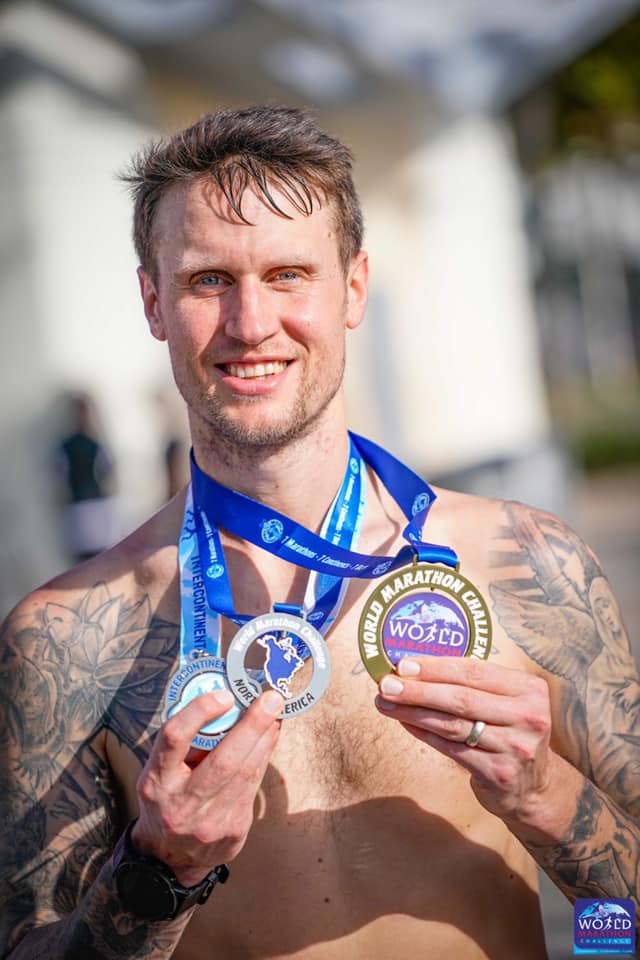 Adding to what is already an extremely gruelling physical challenge, Luke only found out that he would be competing three weeks before the event began, giving him almost zero time to train.

In the blog below he explains what it was like taking part for a second time. 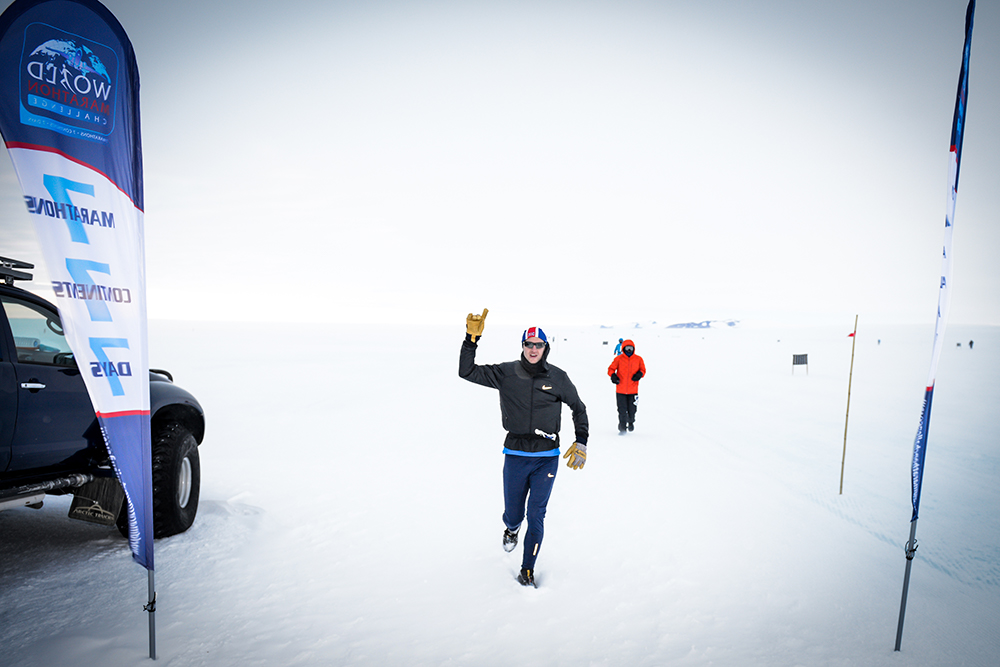 The second day of the challenge was the most brutal marathon I’ve ever ran - including at the North Pole. I had a fall two miles into the race, cracking my head and elbow on the ice, which meant this race was even harder than I'd expected. The constant gale force winds were exhausting and by far the worst conditions I’ve witnessed on this continent, but I managed to complete the marathon in 4:45.

After battling the elements at Camp Novo, I was relieved that day three in Perth involved a relatively flat, 12-lap course which I finished in 3:22. I came into the challenge having done very little training over the past year and not feeling particularly confident in my abilities, so it's a great feeling to be able to power through these consecutive marathons.

I had some serious demons to face coming back to Dubai after the 2017 World Marathon Challenge, as it was by far the toughest race for me that year. Thankfully it was a night run this time round, although it was still very warm and humid. I crossed the finish line in 03:19, a result I was very happy with given how difficult it was when I was last in Dubai!

With only 15 hours recovery time from marathon four, this one was tough. I had some very tight muscles and had to ease off, but managed to get around in 3:45 – not too bad! 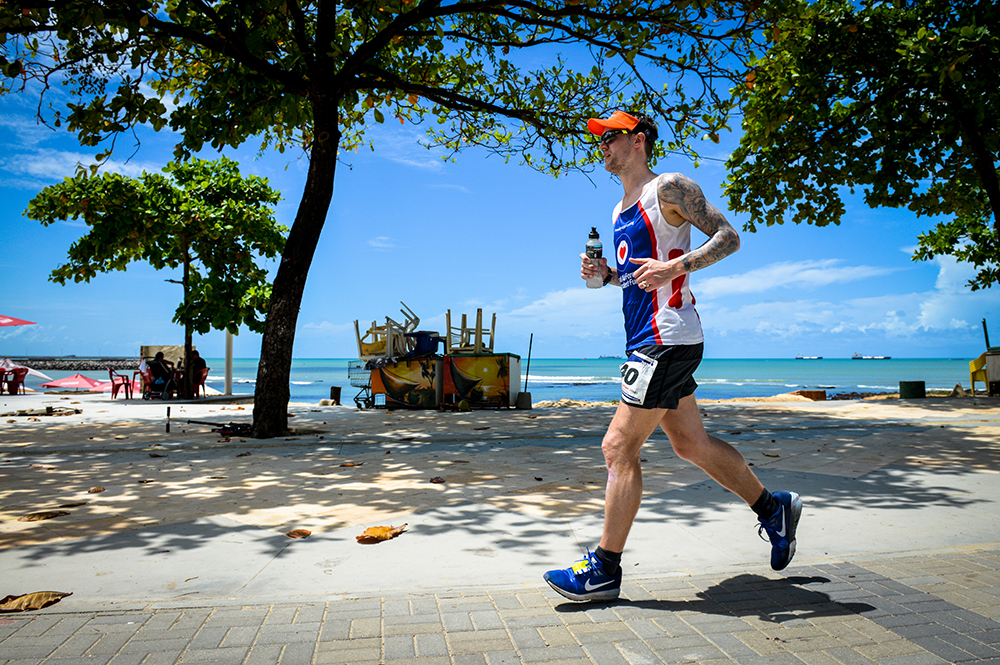 The sixth marathon in Fortaleza was hot – 35 degrees and incredibly humid, too. I initially set off at a four-hour pace, but decided that it wasn’t worth the pain on the penultimate marathon of the week. I finished in 05:02 as a couple of us decided to walk together for a few hours which was wonderful, although even just walking felt like hard work.

After completing the seventh and final marathon of the week, I was truly lost for words. We were running very short on time and I actually ended up finishing the last two marathons within 24 hours. I managed to complete the marathon in Miami in 3:35, which I am over the moon about - although I have no idea how I recovered from the marathon in Brazil in just 12 hours!

Having decided to take part just three weeks before flying out to Cape Town, I was in no great shape, so I'm really proud to have finished some of the marathons in 03:10 to 03:20 and to have placed fourth in the men's category. However, I set myself a personal challenge of – completing a Rubik's cube on all seven continents in seven days – that I'm even more proud of!

I still can't believe that I'm the first Brit to have complete the World Marathon Challenge twice. I'm looking forward to taking on this challenge again for a third time… and being at my peak fitness for it!

You can show your support of Luke by donating to his JustGiving page.

Luke was supported by the RAF Benevolent Fund after he was seriously injured in an IED explosion in Afghanistan in 2011. After six years' service, he was eventually medically discharged from the RAF in 2013 and faced the daunting prospect of finding a new career.

The Fund supported Luke by helping pay for an advanced driving qualification course, allowing him to train as an Emergency Care Assistant for East Midlands Ambulance Service. More recently, it supported him with a financial grant in 2018 following rehabilitative surgery on his injured leg.