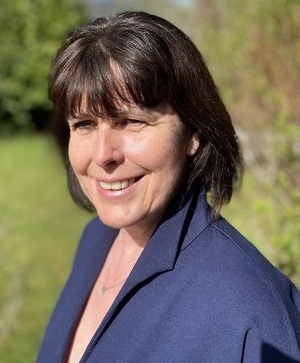 AVM Elliot served in the Royal Air Force for 35 years. Her last role was Chief of Staff Personnel and Air Secretary, looking after the careers and welfare of RAF servicemen and women. In addition, she was a member of the RAF Board.

AVM Elliot joined the RAF in 1985 after gaining her degree in Glasgow. During her career she has worked in Defence Airspace, Air Traffic Management, Planning, Ground Training and latterly personnel management and welfare. She also served as Station Commander at RAF Halton in 2010.

Paul Higgins served in the RAF for 28 years. A logistics specialist by background, he has served predominantly in a range of tri-Service strategic, operational and command appointments in the UK and overseas; the culmination of his command experience was as the twin-hatted Station Commander RAF Wittering/RAF Logistics Force Commander.

His wide operational experience includes service with the United Nations missions in Angola and Rwanda, and multiple tours of duty in the Balkans, the Middle East, Afghanistan and elsewhere.

On leaving the RAF in 2015 as an Air Commodore, he became a Programme Delivery Director in PwC's management consultancy practice where he was responsible for the leadership of a range of major transformation programmes in the public and private sectors – he was appointed to the role of Chief of Staff/Director Governance for the RAF Benevolent Fund in May 2017.

Air Commodore Paul Hughesdon served in the RAF for 26 years. He provided personnel support to the RAF's frontline in the UK and overseas, culminating in command of RAF Uxbridge, before going on to lead Personnel Policy across the RAF, often on a tri-Service basis with the Royal Navy and Army.

Paul was the RAF's nominated trustee for many charities, including the RAF Association, the RAF Benevolent Fund, the RAF Central Fund and St Clement Danes. He attended the Royal College of Defence Studies in 2005.

Paul left the RAF in 2009 for his current role as the Director of Welfare and Policy, since when he has overseen the expansion of the range and depth of the support that the Fund provides to all members of the RAF Family, whether serving or retired.

The provision of financial support remains an important part of the Fund's work, but under Paul's leadership and following appropriate research, the range of our grants and now services, the latter often delivered through partnerships, have grown considerably. Where sensible, he has also overseen the integration of other charities into the RAF Benevolent Fund.

Paul has been and remains a trustee of a number of organisations including the MacRobert Trust and the Headley Court Charity. He is a member of a City of London Livery Company and a broken marathon runner!

Victoria has over 20 years experience in the charity sector and has held senior roles in a number of organisations including education, medical research, health and international development charities.

Director of Fundraising and Communications

I secured my first job in the third sector 25 years ago and, after a year, moved into the field of fundraising and communications as I thought it was the best way of using my particular skillset to advance the missions of the charities I worked for.

Initially, I cut my teeth working in Australia. Then in 2003, I returned to the UK, the country of my birth, where I spent the next eight years working in the health and biomedical research sectors at Help the Aged and at a specialist hospital, St. Mark's, in Harrow.

At the end of 2011, my family and I returned to Australia to spend time with my elderly parents. My major role there saw me returning to the clinical environment and working as the Director of Fundraising and Communications for Chris O'Brien Lifehouse, one of the only two dedicated cancer hospitals in Australia. Following a restructure, I then returned to the UK at the end 2017 and have worked in the UK since in the health and disability sectors.

I am genuinely thrilled to be the new Director of Fundraising & Communications at the RAF Benevolent Fund. It’s a real privilege to be supporting those who have risked so much to defend this great country and I look forward to playing my part as a member of this wonderful organisation.