Five things you might not know about the Battle of Britain

The Battle of Britain is seen by many as a defining moment for the RAF during the Second World War. Delivering the first major victory against the German military, it was a fierce battle fought over the English channel and the skies above Britain for air superiority. 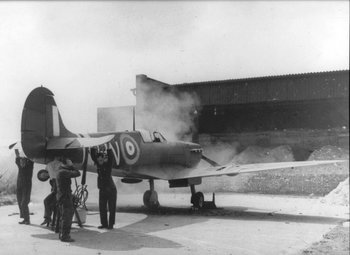 Here are five things you might not know about the conflict that helped determine the outcome of the Second World War:

1. The start and end dates of the battle are still being debated 80 years later

Nowadays, the battle is seen to have started on the 10 July and lasted until the 31 October 1940 but in fact, the Air Ministry Record placed the original start date as the 8 August. And there were plenty of air clashes before the date we now consider as the start date the 10th July.

2. The Battle of Britain wasn't an exclusively British battle

More than 14 nationalities fought alongside British pilots with a total of 2,937 allied airmen involved. Polish pilots formed the largest group of international aircrew and were famed for their skill and bravery. Commander-in-Chief of Fighter Command, Air Chief Marshal Sir Hugh Dowding praised the 'magnificent work' of Polish squadrons and said it's unclear whether the battle would have been won without them.

3. Inexperienced pilots could find themselves facing the Luftwaffe

The average age of a pilot in the battle was 20, and the average training time was just two weeks as there was so much demand for pilots. This meant some pilots had limited experience and following the battle, in 1941 the training syllabus for fighter pilots was revised so as to reflect the learnings of the Battle of Britain.

4. Britain had an edge over Germany in the battle - The Dowding System

The Dowding System was the world's first integrated air defence system, credited with giving Britain a critical advantage. Bringing together ground defences, radar, fighter aircraft and other elements of the defence network into one system, it allowed Britain's fighter forces to be deployed more effectively. It was named after Air Chief Marshal Sir Hugh Dowding, who played a key role in its development.