On Christmas Eve 2019, RAF veteran Dennis Barber celebrated his 100th birthday at Howard Park Bowling Club in Basingstoke, where he is an active member and President of the Bowls Club. 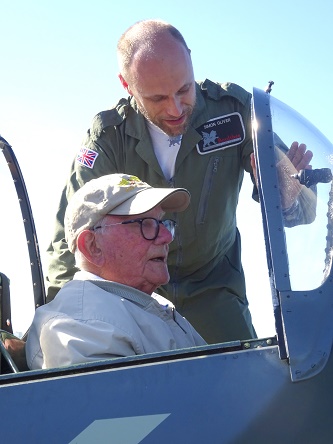 Dennis, who lives in Basingstoke, was born near Portsmouth and spent many years living in Waterlooville. He joined the RAF as a Flight Mechanic aged 20 and spent six years in the RAF. He was initially based at RAF Wheaton, an RAF bomber base, where he worked on Wellington Bombers. He was then posted to RAF Heany in Rhodesia (now Zimbabwe) where he spent four years before completing his service at RAF Brockenhurst, where he met and married his wife, a WAF working in the stores.

Dennis decided to use his birthday celebrations as an opportunity to raise money for the RAF Benevolent Fund. The Fund supports the whole of the RAF family by providing practical, financial and emotional support.

Dennis said: “I’ve had a fantastic day and it’s been wonderful to see so many of my family and friends. There were even a few surprises – RAF Swanwick Station Commander Gez Currie, who I met earlier in the year, came down to join the celebrations!

“The RAF Benevolent Fund is my favourite charity and I know that it will be there to support me should I ever need it. I wanted to use my birthday to raise money for this wonderful organisation so it can go on supporting as many people as possible.” 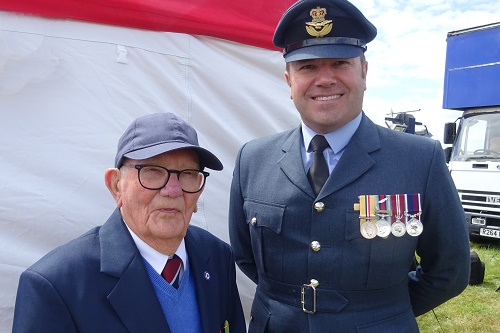 Dennis’s family organised various other surprises throughout the year to celebrate his 100th birthday. This included a visit to see a Spitfire at Daedalus Airfield at Lee on the Solent, where Boultbee Flight Academy gave Dennis a tour of the Spitfire they use for “experience” flights. Afterwards, he was invited to sit in the passenger seat and was taken on a taxi ride around the airfield.

“In 2019 the Fund celebrated its own 100th anniversary. It was formed in 1919 to provide welfare assistance to injured airmen and since then it has extended its support to all serving personnel, veterans, and their partners and dependants.

“To coincide with the centenary, we launched an ambitious new campaign to reach even more serving and retired RAF personnel in need, Join the Search. Change a Life. This simply wouldn’t be possible without the support of fundraisers like Dennis. From all of us here at the Fund – thank you.”