"His burns never bothered me but people did stare"

Mary Perry met her husband Jack after he was severely burned when his Halifax bomber crashed in 1944. Mary saw past his injuries to marry the handsome 19-year-old Flight Engineer 66 years ago. She tells us why she saw past the disfigurements when others struggled. 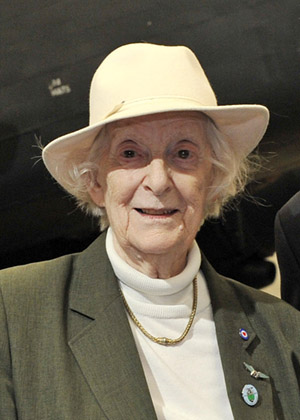 I first met Jack after he'd had his accident. He was 19 and I was 17 and he was quite full of himself – but I think you had to be in those days. It was at a dance and some of the girls I worked with had gone and said they'd seen these burned airmen and they couldn't cope with it because they hadn't seen anything like it before.

I was talking to this very handsome, young man but he was sideways on and when he turned around the other side of his face was just gone, it was a bit of a mess because it was still healing.

His burns never bothered me but people did stare. It was unusual to see people with a disfigurement and people were afraid. I didn't feel that and a lot of my friends didn't – you just looked into their eyes and you didn't look at the burns.

It would make me angry when we were out but they were just part of us. Sir Archibald McIndoe asked the people of East Grinstead to take them into their homes and they did – they were wonderful.

Jack's hands and ears were badly burned and he was in and out of hospital for five years. They did all sorts of experimental operations to make his ears stand up and they took skin from his legs. He had to be careful what he did and didn't do with his hands but it was just a case of learning every day. He wasn't despondent but he was sad that he couldn't do things that other men could do.

He wanted to be a draughtsman and you thought 'by golly, he'll do it' and he did – he made it to Chief Draughtsman. He had a determination to get on with life.

The Guinea Pigs helped each other – they were a group of men who had been through a difficult time but they were like a band of brothers. Sir Archibald McIndoe said if they stayed together they'd be stronger but if they split up they wouldn't and that's what they did.

They've been an inspiration to so many people who have suffered burns. They used to visit children who were burned at the East Grinstead hospital and they showed that they had come through something like this and others could too. It was quite something to see them together – it was all for one and one for all.