Loneliness and depression amongst top troubles for RAF veterans

A significant number of RAF veterans both young and old are experiencing depression, loneliness, relationship troubles, and bereavement, a new RAF Benevolent Fund report has found. 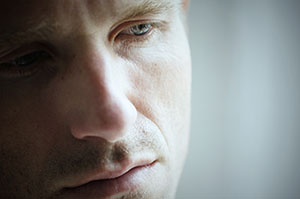 These concerns join self-care and mobility as the top welfare needs of the RAF veteran community.

The RAF Benevolent Fund, which already provides assistance with self-care and mobility, is asking the public to encourage RAF veterans and family to contact the charity for assistance with loneliness, depression, bereavement, and relationship troubles.

Addressing this need head on, the RAF Benevolent Fund has developed its new Individual Support Service, providing tailored assistance to vulnerable, isolated or bereaved members of the RAF family.

Dedicated and specially-trained staff will be the first point of call for those in need of assistance, providing customised support to address each individual's circumstances. 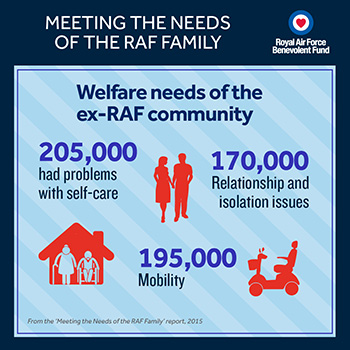 Welfare needs of the ex-RAF community

In addition to direct support from the charity, specialist advice and assistance such as therapy sessions and social activities are available through a network of organisations supported by the RAF Benevolent Fund, including Relate, the Alzheimer's Society, Not Forgotten Association, Mutual Support, and others.

We will also be working closely with our traditional casework supporters including SSAFA, the RAF Association, the Royal British Legion and the Officers' Association.

This new service builds on the charity's recent Advice and Advocacy Service and our long running mobility provision, individual financial support and many other services.

Air Commodore Paul Hughesdon, Director of Welfare and Policy at the RAF Benevolent Fund, said: "This year marks the 75th anniversary of the Battle of the Britain and as we rightly celebrate those who served in the dark days of 1940, we cannot ignore the fact that many members of the RAF family are today suffering dark days in their post-service lives.

"The thought of these proud men and women suffering in silence, having served their country, is saddening and unacceptable.

"Our new Individual Support Service is designed to help those in the RAF family, whatever their age, by providing practical and emotional assistance.

"But one of the challenges we're facing is reaching out to RAF veterans and letting them know we are here to help.

"That's why we're asking the public to help us by spreading the word to RAF veterans, their partners and dependants that help is at hand through the RAF Benevolent Fund."

*The RAF veteran community includes former airmen and women, their partners, and dependent family members and applies to former Regulars and prior members of the Reserve.

** The term "psychological difficulties" comprises the self-reporting of: depression; lack of confidence/self-esteem; lack of hope, purpose, and direction; and heavy drinking/drug taking.