How the Battle of Dunkirk unfolded

The Battle of Dunkirk took place between 26 May and 4 June 1940 in Dunkirk, a small town on the northern coast of France. The Allies had been losing the Battle of France on the Western Front and the now-renowned Battle of Dunkirk saw Allied forces defend and seek evacuation from Dunkirk as the German forces closed in. As part of a dangerous and daring rescue operation, around 338,000 British Expeditionary Forces (BEF) and other Allied troops were evacuated. 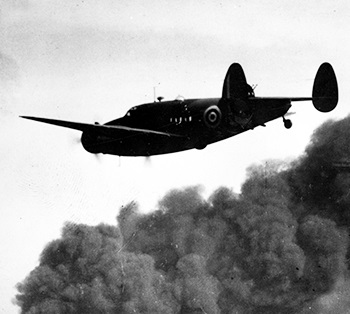 It was a huge turning point in the Second World War. Hundreds of naval and civilian ships were ordered to help shuttle the troops awaiting transport from the port of Dunkirk, with many private citizens commanding their own boats across the Channel despite the threat of German fighters, bombers and U-boats.

This extraordinary bravery and effort helped to save thousands of soldiers. The fateful operation came to be known as the 'Miracle at Dunkirk', the 'Escape from Dunkirk', and the 'Rescue at Dunkirk'.

Friday May 24 1940
In an unanticipated move, Hitler orders his forces back to the Canal Line. This was just as Guderian (a German general) was going to drive into Dunkirk. This gave Allied forces more time to reach the coast.

Sunday 26 May 1940
The evacuation of Allied forces, called Operation Dynamo, begins at 6:57pm. This would become the largest military evacuation in history.

Monday 27 May 1940
After the start of the evacuation, the German commander-in-chief persuades Hitler to send German tanks into Dunkirk and reverse his orders to go back to the Canal Line. Evacuation becomes even more urgent for the Allied troops.

Tuesday 28 May 1940
Belgium falls to Germany and surrenders. This leads to a battle along the perimeter which comes slowly inwards towards Dunkirk. This provided the evacuating Allies with time while German divisions were kept away.By the end of this day, more than 25,000 British soldiers had been evacuated.

Wednesday 29 May 1940
The evacuation plan is declared to the British public. Civilian boats travel to Dunkirk to rescue soldiers.

Friday 31 May 1940
The docks at Dunkirk are badly damaged so Captain William Tennant, who was in charge of the evacuation mission, chooses to use the beaches and the east mole to land ships. This increases the number of troops that could be rescued, and more than 68,000 men are embarked.

Saturday 1 June 1940
General Von Kuechler assumes command of all German forces and plans to launch an attack across the whole front on 1 June. He strangely ignores a radio intercept to tell him the British are abandoning the eastern end and to fall back to Dunkirk itself. During the night, Marcus Ervine-Andrews, a company commander, gathers volunteers and climbs onto a thatched roof of a barn, holding off the Germans with a Bren gun. He went on to receive the Victoria Cross for defending 1,000 yards of territory.

Monday 3 June 1940
The last of the British Army leaves Dunkirk. The French begin to fall back slowly when the German are about two miles from Dunkirk.

Tuesday 4 June 1940
Churchill insists on coming back for the French forces. The Royal Navy go back to evacuate as many French soldiers as possible. Around 26,000 were rescued, but between 30-40,000 more were captured by the Germans. The rescue operation comes to an end and the Germans raise the swastika over the docks from which thousands of soldiers have escaped.

During the evacuation, around 1,000 British Soldiers and 16,000 French soldiers lost their lives. Dunkirk was destroyed and there was a huge loss of equipment that was left behind on the beaches in the aftermath. The shortage of army vehicles led to the Royal Army Service Corps (RASC) refurbishing obsolete coaches and buses after Dunkirk.

Today, at the south-eastern corner of the town of Dunkirk, the Dunkirk Memorial stands at the entrance to the British War Graves Section of Dunkirk Town Cemetery. This commemorates more than 4,500 casualties of the BEF who died or were captured prior to and during the Battle of Dunkirk in the fall of France during the Second World War.