Sergeant Josef František arrived in Britain on 21 June 1940 and died on 8 October that same year, flying with No. 303 Squadron and becoming one of the top Battle of Britain pilots with 17 kills in the 27 days in which he was operational. But while his tenure with the RAF was short, he had already served with the Czechoslovakian, Polish, and French air forces.

František was a brilliant pilot but an unruly airman. Throughout his military career he challenged his commanding officers, defied orders, and faced accusations of insubordination.

Yet despite this, he was unquestionably a fierce opponent and went to great lengths to fight the Nazis. 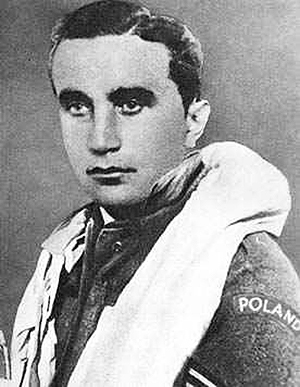 When Czechoslovakia fell to Germany without a fight, František escaped to Poland and joined the Polish Air Force. During the Battle of Poland he attacked enemy lines in unarmed aircraft, dropping hand grenades over the side of the plane.

As Poland fell, František evacuated to Romania where he escaped from an internment camp and made his way to Bucharest.

From Bucharest, František eventually made his way to Marseilles and once there he continued to fly with the Polish contingent of the L'Armée de l'Air.

With the fall of France, František again evacuated, this time travelling by boat from Bordeaux to the UK.  Continuing to serve with Poles, Frantisek joined the RAF, retrained, and was assigned to No. 303 Squadron at RAF Northolt to fly Hurricanes.

František's tendency to defy authority continued in the UK, as he often broke formation and was considered a safety risk to his fellow pilots by his commanding officer.

A resolution was found, with František continuing as a Czech 'guest' in the Polish squadron, flying a 'spare' Hurricane.

This arrangement allowed František to scramble with the rest of the squadron, but then peel off on his own. He preferred to patrol on his own in Kent or over the Channel, seeking out German aircraft that had become separated from their squadrons or were returning after their missions.

František died on 8 October 1940 when his Hurricane crashed during a routine patrol. He had already separated from the squadron and the cause of the crash remains unknown.

Frantisek died upon impact and is buried with many of his Polish comrades Northwood Cemetery in Middlesex.